The Roa Logic AHB-Lite Timer IP is a fully parameterized soft IP implementing a user-defined number of timers and functions as specified by the RISC-V Privileged 1.9.1 specification.

The IP features an AHB-Lite Slave interface, with all signals defined in the AMBA 3 AHB-Lite v1.0 specifications fully supported, supporting a single AHB-Lite based host connection. Bus address & data widths as well as the number of timers supported are specified via parameters.

The timebase of the timers is derived from the AHB-Lite bus clock, scaled down by a programmable value. 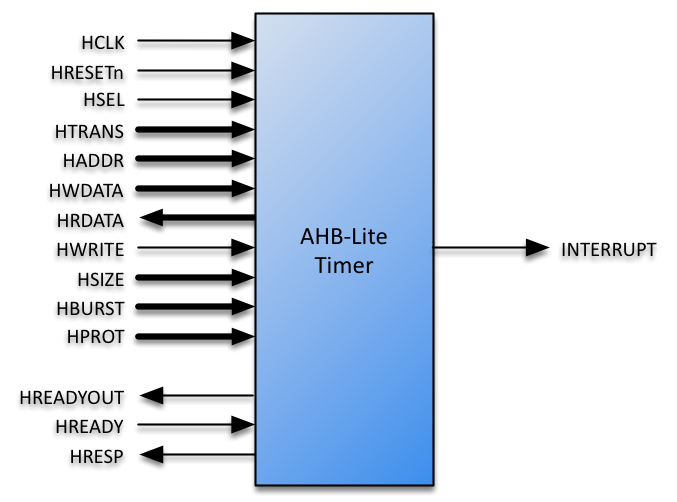 Released under the RoaLogic Non-Commercial License

Requires the Roa Logic AHB3Lite Package. This is are included as a submodule. After cloning the RV12 git repository, perform a ‘git submodule init’ to download the submodule.